Since today is a cold and dreary day what a great time to sit down and finally write my race recap. Tinkerbell was my first half marathon back in 2013 so I have a special fondness for this weekend. Even though I couldn’t run the half this year I wanted to be apart of this somehow. The week leading up to the run was a rough one with a Lyme or co-infection flare leaving me with a high temp despite resting all week in preparation. Thanks to people’s prayers I started to feel better a short day before.
Expo
I had a few things in mind for the expo. Our first time to go on a Thursday and it was busy yet not insane. I’ve been doing more walking then running since beginning treatment so waking in my zero drop Altras wouldn’t work so I really wanted a pair of the new Tinkerbell new balance shoes. They’re gorgeous but a little small. They fit fine with my crazy compression socks though.

. My cousin and aunt picked up some sparkle athletic arm sleeves on my recommendation because I love mine for the cool upcoming forecast. Next up was some KT tape for myself and a friend. I got the lime green sparkle. My group of my mom, aunt, cousin, son and hubby was a bit much for the expo so we left to meet up with a friend for dinner in Downtown Disney.
Race morning
It was chilly, low 50’s and steady rain. My poor family from MA was not expecting this from California. The alarm went off bright and early at about 3am. I had only managed about 1 1/2 of sleep since it was really stuffy in the room due to the heat pumping and I was restless. Thankfully our ART shuttle came and we headed to Disney.
The start
The 5k starts near Main Street in front of Sleeping Beauty’s castle. We had assumed there was a staging area once in the park but when we got there and asked what to do with our bags she said we had to carry them, no bag check. After some pleading she said she’d ask someone else. That someone else also had no idea but thankfully a runner overheard and said it was just outside the park. It has HARD to find, tucked behind some trees on some picnic table. This is my only complaint for the run, that should have been better organized. The thought of holding a big bag through the rain was daunting…
Anyway back to the positive. After the National Anthem which we all sang along with someone playing it on a trumpet I believe (it felt like a dream, dark, no sleep, in fairy wings) the fireworks went off and Tink flew by! This was the best start I can remember. Very Disney magical. 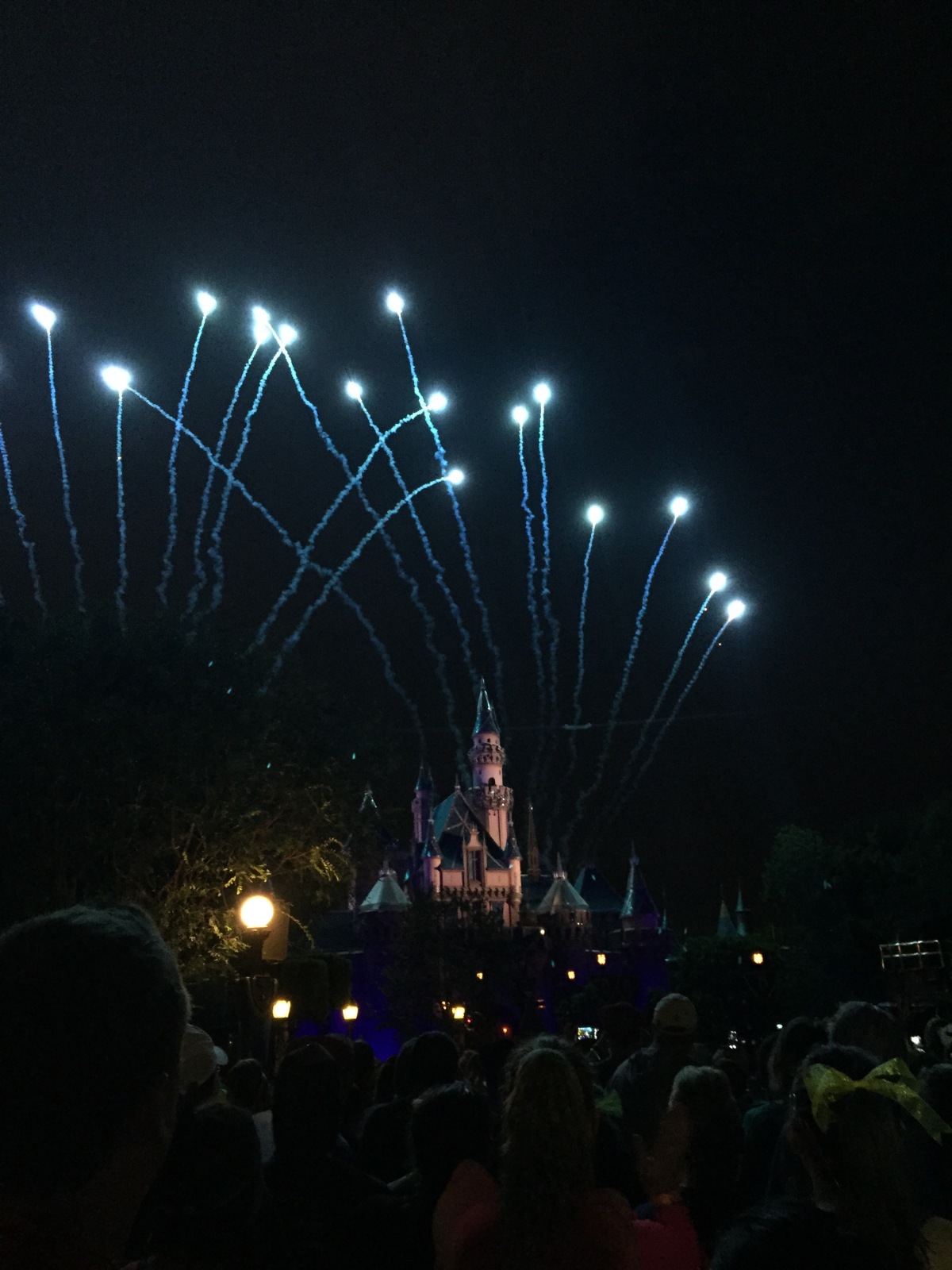 There was also a little skit with Wendy and the constable telling us about Peter’s missing shadow. Whenever we saw this we would crow.

The run
The plan was I was to run with my speedy-runs track every day-cousin and my mom and aunt (who was running the 10k the next day) would go together and mostly walk. This was a fun run and by the time we had to re-enter the park for the bag debacle we were towards the back so it was slow going for awhile. We did get into our grove and found a small spot on the left to sneak through and run. It narrowed at points and we had to walk but that was fine by me because my body needed the rest. I luckily had the smarts to get us all ponchos and that really kept me warm. It stopped raining about half way though so I took the poncho off…it would downpour again toward the end…lol oh well. As for characters photo ops: there were a lot for such a short race: Hook and Smee, Wendy and Peter, the Lost Boys, and a tons of pirates. 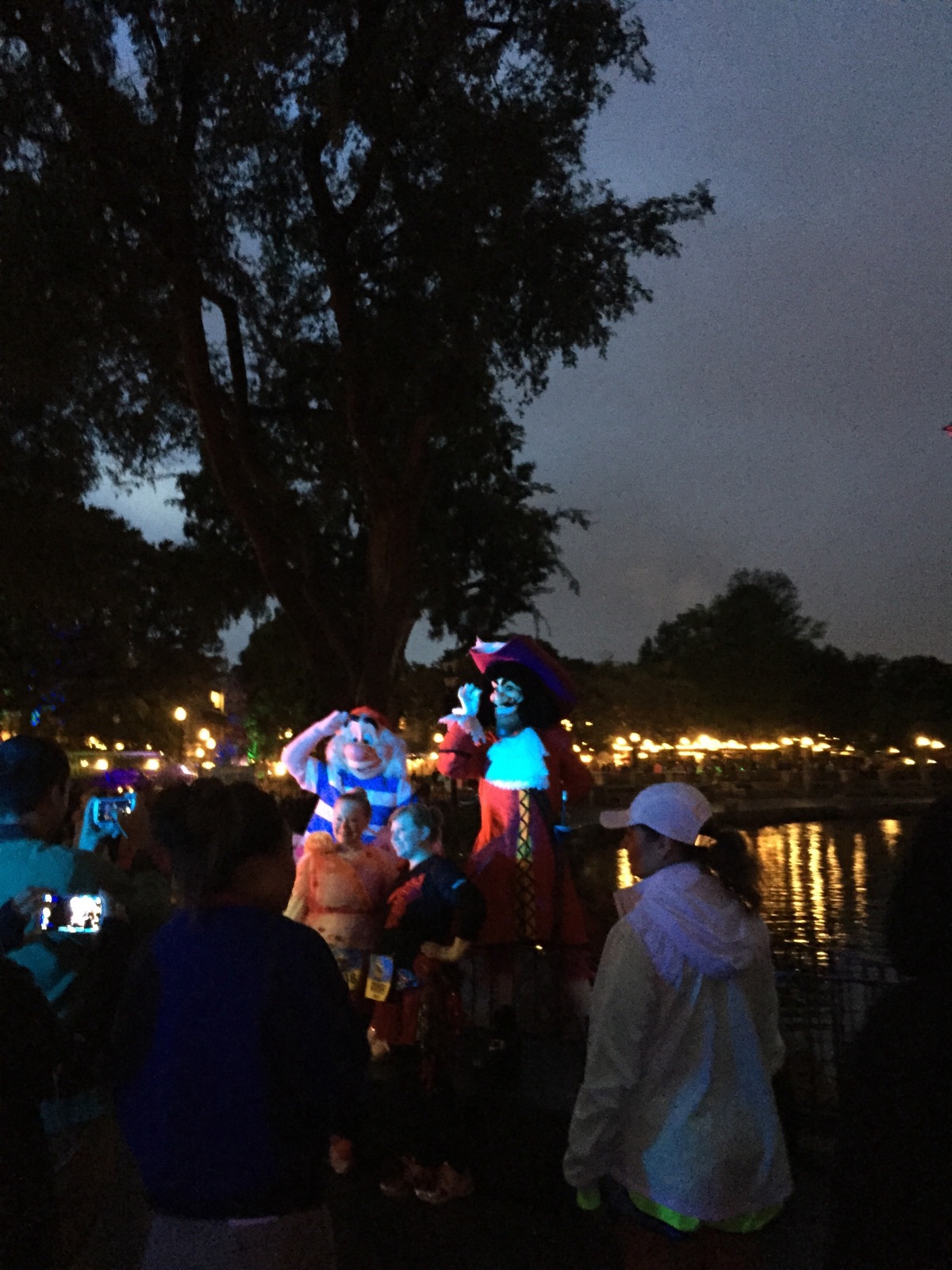 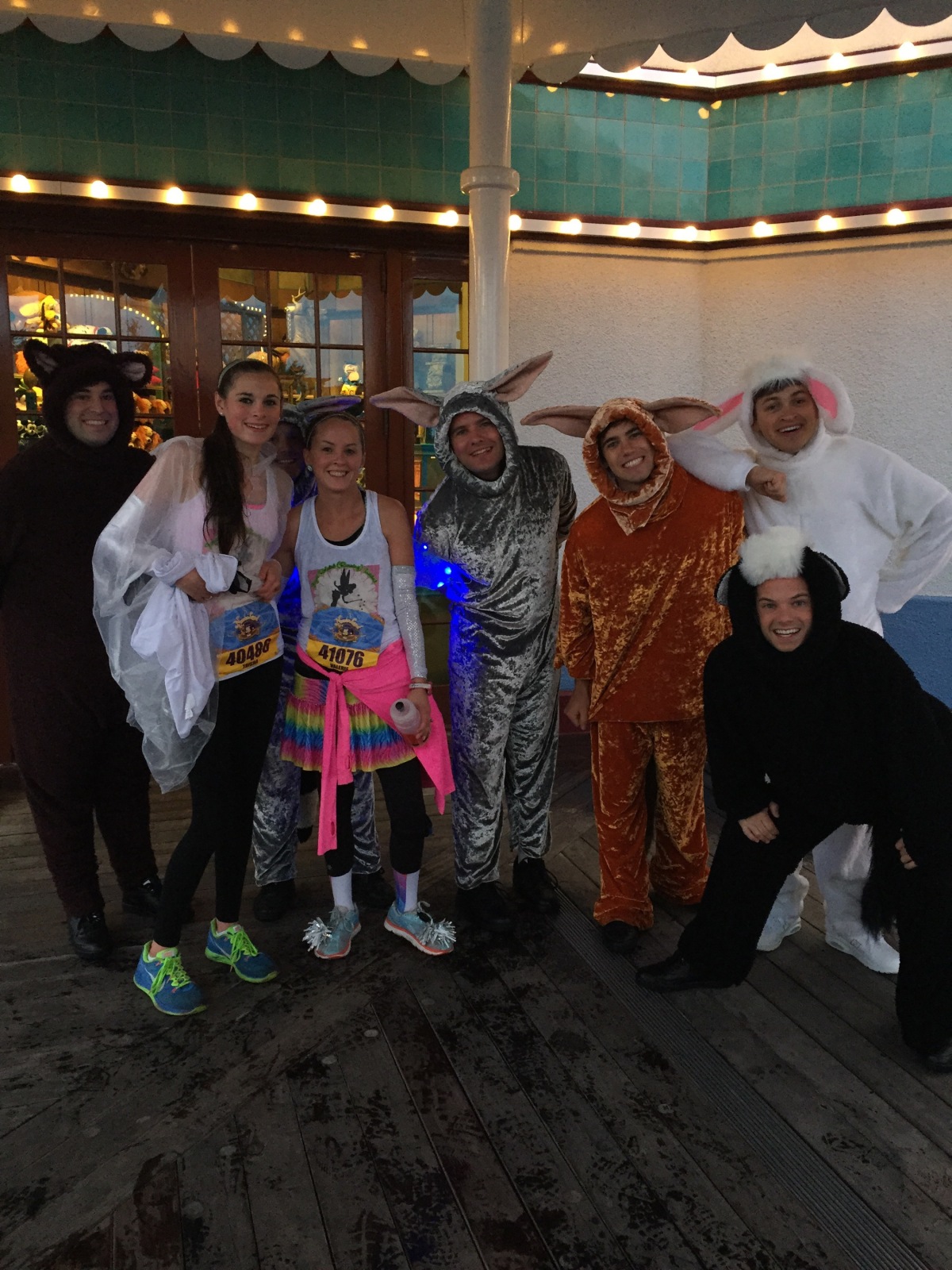 Lots of park time on course: starting in Disneyland, through some behind the scenes areas where we would see Peter’s shadow, through California Adventure. We would see Bugs Land, and the finish was just up the hill near Paradise Pier. That also allowed for some cool photo ops by Mickey’s Ferris wheel and California Screamin’ 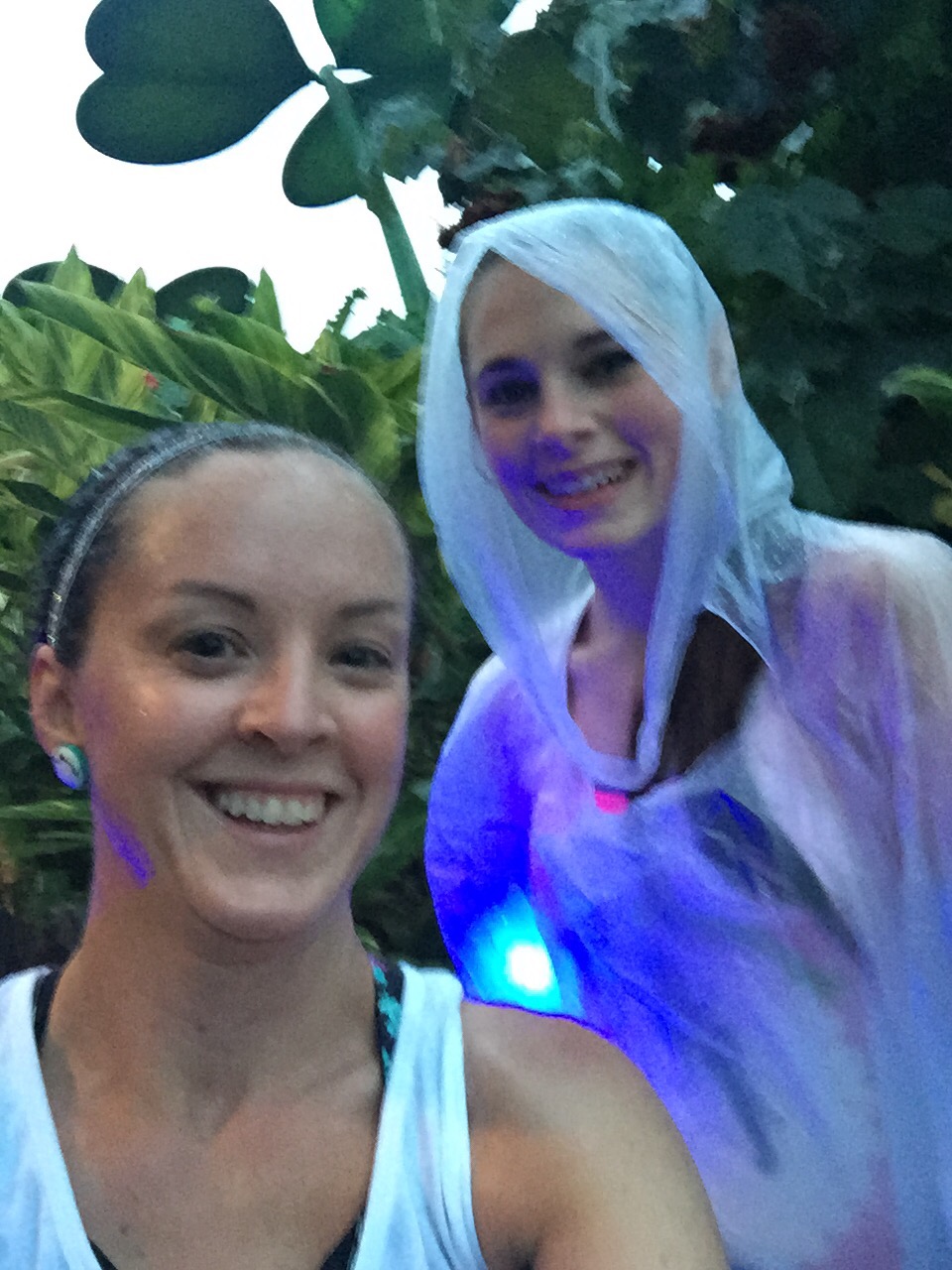 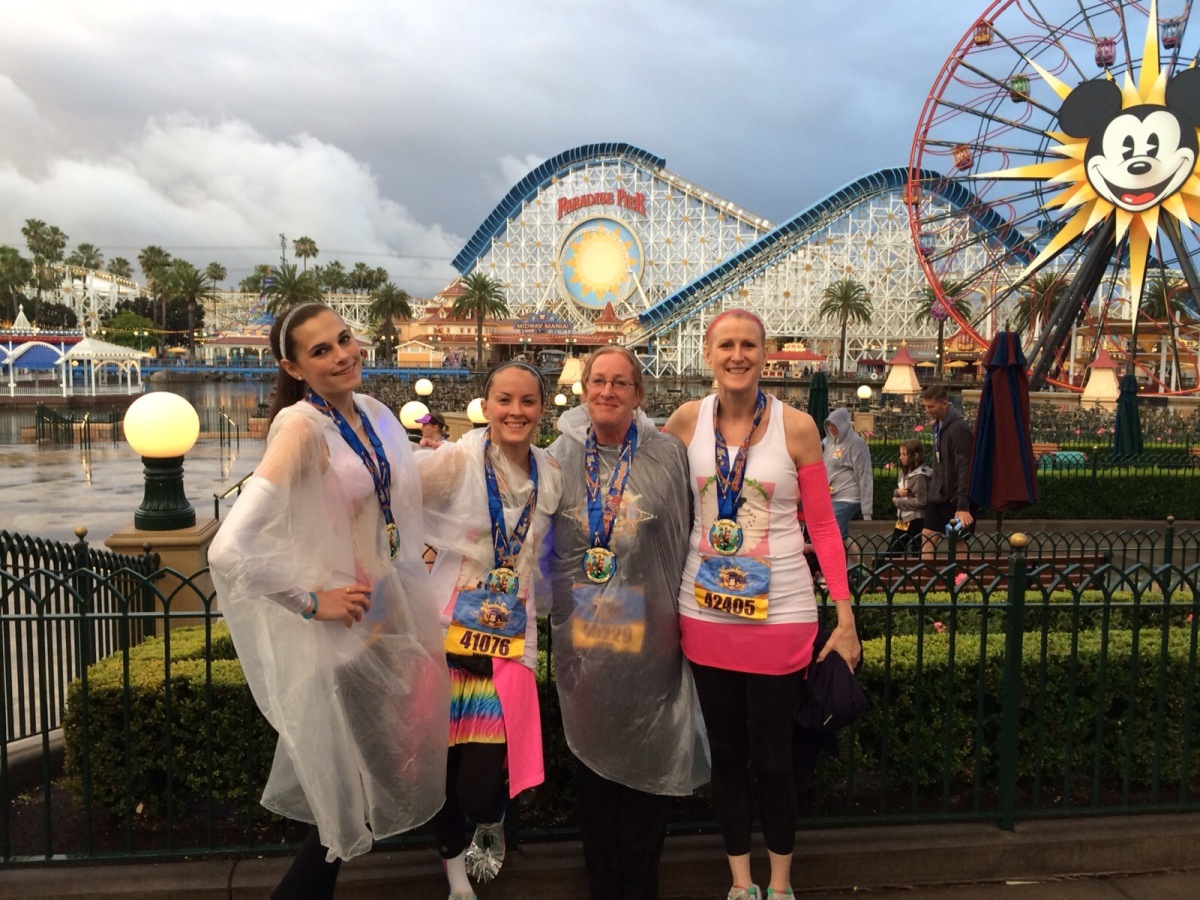 We met up with my mom and aunt shortly afterward. They ran more expected. Go Mom on her first 5k.
Overall grade A. Tons of park time, photo ops, fun course, cheery cast members giving the Mickey hand high 5. The only real draw back was the bag thing. Which luckily we got there early enough to start. I would definitely recommend this for some family fun.
For my chronic health warrior friends
It really amaze me every time how after a race I feel significantly better for at least a week. I I feel exercise, when we can do it is such a help in the healing process. I know sometimes I doubt myself. Take it slow and easy, do what you can, and have faith. All it takes is faith, trust and pixie dust right?